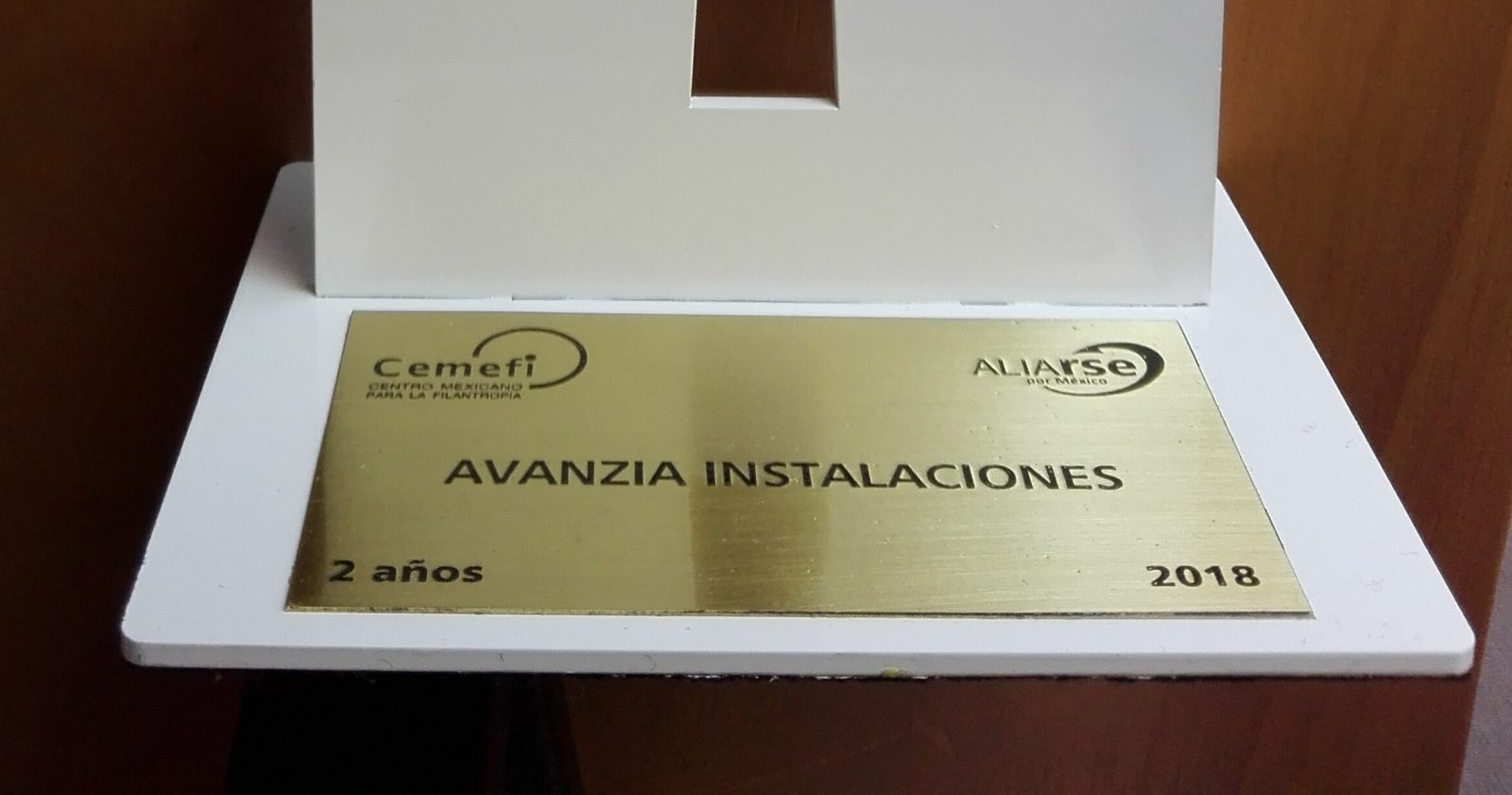 IHSA received, for the eighth consecutive year, the ESR ® Distinctive, awarded annually in Mexico by the Mexican Center for Philanthropy (Cemefi) and AliaRSE. In the case of Avanzia Instalaciones, it has been the second year that this recognition.

This badge accredits companies before society in general, as a voluntary and publicly committed organization with a socially responsible management as part of its culture and business strategy.

The official delivery took place on May 16, in the framework of the XI Latin American Meeting of Socially Responsible Companies, in Mexico City.

List of companies that obtained the ESR® Distinctive in 2018 in the following link.