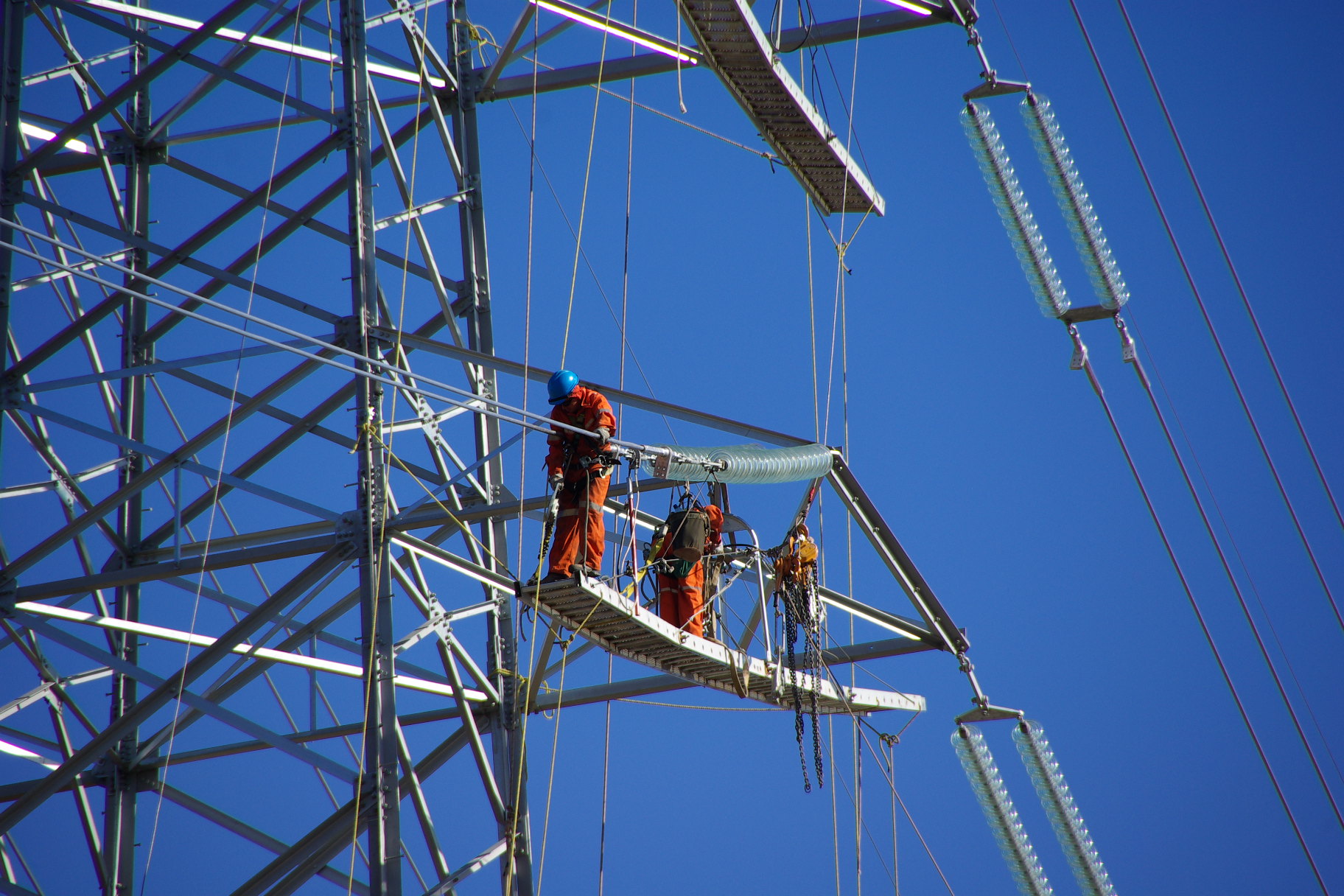 Scope of work included:
a) Construction of foundations, assembly of pylons and erection of towers, stringing of conductors and the standardization of phase conductors and guard cables on existing lines. The main purpose of the work is for the eventual sectioning of the current 2x220 kV Rapel - Cerro Navia Line and the 2x500 kV Alto Jahuel – Polpaico line.
b) Construction of a new section of 4x220 kV and another 2x500 kV power lines. The 500kV line consists of 4 cross-linked self-supporting structures with ACAR 700 MCM conductor with two circuits and four conductors per phase. The guard cable used is type EHS and OPGW.
c) An interesting feature of the 220kV line is the use of a high-temperature ACS STW Martin conductor, being this the first TRANSELEC project to use this conductor in Chile, thus requiring special training for the technicians responsible for the installation of this equipment.
d) The pylons are also noteworthy as they reached heights of between 67 and 70 meters, six of which have twelve cross arms while one pylon has eighteen.

Note: During the execution of the project, TRANSELEC presented the COBRA team with the safety and environmental award for their uncompromising commitment to Heath and Safety